100%. Lets just vote to make the token transferrable. Everything else will get worked out with time

How do you propose LMing v3? I’m only aware of arrakis right now that works, but that would require forcing users to use a specific liquidity range that we determine. Which once again makes it helpful to have less volatility, so we have a better idea on price before opening it up. The reason low liquidity and volatility are not great is because it can make the LMing program ineffective. Hence finding a solution that pairs buyers with sellers in a way that aids in some pre-market price determination and somewhat deep liquidity.

Balancer bribes are a bit better than curve, it’s not a massive difference though. We could do balancer with a delay, or we could do curve with very little delay given cider and the gb devs already are familiar with curve v2. That’s the tradeoff as I understand.

We would do liquidity mining where ever the DAO chooses later on, it wouldn’t need to be on Uniswap. Most of the liquidity would simply move to the LM venue and perhaps some will stay, which is actually a good thing because having some UniV3 liquidity is good for discovery since Curve/Balancer pools are not integrated with most charting tools.

Aside from balancer being less familiar than Curve, their “internal balances” feature may pose an issue, since it would allow people to trade ETH => GEAR AND back afterwards even before transferability. While this would technically only allow them to push GEAR price in only one direction, they could try to sandwich GEAR dumpers or do some other attack I haven’t figured out yet

This is also somewhat possible with Curve by depositing one-sided, but can’t withdraw or trade back before transferability, so there it’s not an issue

I’m 50/50 on Cider’s proposal now… perhaps I was too harsh in the beginning. It has some good points, and I’m open to learning more when the vote goes live

At the time of writing, the vote is not posted yet, therefore, I ‘m not aware how a koala will phrase it. I observed different proposals being suggested, summarizing to:

6 choices for snapshot. Factually, 2-6 are to be summed up into total votes. 1 wins only if 1 > sum of all the other. Currently, not seeing this happen. Alternatively, as for the choice between 2-6, any one with the most votes wins.

That ‘s the best approach isn’t it? @ov3rkoalafied?

ser, you can write 10000 lines of code and you cannot stop a token from dumping lol.

It has nothing to do with lazy, if you are worried about the token being dumped then the best thing to do is not have a ton of liquidity readily available for ppl to exit on. You seem obsessed with controlling the way the token changes hands and it’s honestly bizarre… I’ve never seen a DAO so concerned with how the token trades post transferability

Give me 21 minute to fix the post and final concept. If you still believe the idea is bad, the voting will decide the plan eventually. I have superbig respect for you, so hope you get to liking it!

I should also mention that it might not be a great idea to do a number of proposals if the bulk of the work behind your plan has been done. Might as well proceed with that plan in that case

It is up to DAO voting eventually, I could be wrong with these ideaz. 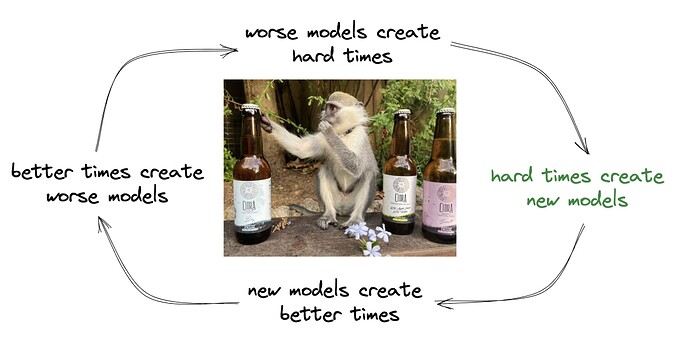 @0xcider would love to see you address these last comments, either make the changes or a quick reason why you don’t want to (it’s your proposal, so up to you what you want to change) at which point I think we can vote.

My reasoning is #2 and #3 were ruled thru the entire process over the last year, so I don’t particularly want to offer those as voting options (would feel like offering degenesis as a voting option to some degree). I also don’t really see any articulate feedback on these posts (even if the post is articulated) beyond “yes quick good” which makes me think ppl are just impatient and aren’t really thinking through any of the discussion of the last year. #5 I think has some technical issues and I agree that if the UI is presented well (see item #4) then it will be the same/better.

All taken. I have no objections, these are all variables.

Yeah sorry for #4 I think everything is somewhat dependent on each other, so a more valid comment would have been to reduce the variables necessary to reduce minimum size. But that would affect other things as well so mb not important.

Anyway, I think it’s ready for vote. At this point it’s minutia that can be settled by dao workers or by a vote if certain variables need to be voted on. Will put to vote in a couple hours

This proposal is option 1 in the GIP-31: Snapshot

I also don’t see a reason for the fairtrading to last 2 weeks. 1 week should be sufficient, no?

It’s a good setup for LPers, so even people who want to hold GEAR may want to contribute. If I understand right, someone could also deploy GEAR and WETH at the same time if they want to LP and don’t want to sell any tokens to do so.

what’s the reason for the 30% penalty to those who wish to sell as soon as 0xCider goes live? just curious why penalize those who were contributors to the protocol early on (CA Miners, early discord, etc). Is the only reason to accumulate more fees to LPs?

seems like a low blow to CA miners who only have 100k tokens and want to get their ETH back during tough times. It’s like saying…thanks for your ETH a year ago when creating those credit account contracts for Gearbox. You’ve held for over a year but if you want to sell as soon as possible, here’s a 30% fee for selling.