Idea: increasing the number of votes

Gerabox has always paid a lot of attention to voting, because now it is the most important detail in the DAO mechanism. This journey would not have happened without these people who guided and made the gears turn in the right direction all the way and in order to increase the number of different community groups, I propose to distribute GEAR among the community that actively participated in the voting.
What do you think about this offer? Let’s discuss all the pros and cons

There is a seed of the idea somewhere, but it’s not on the surface.

Start with this: Moving beyond coin voting governance 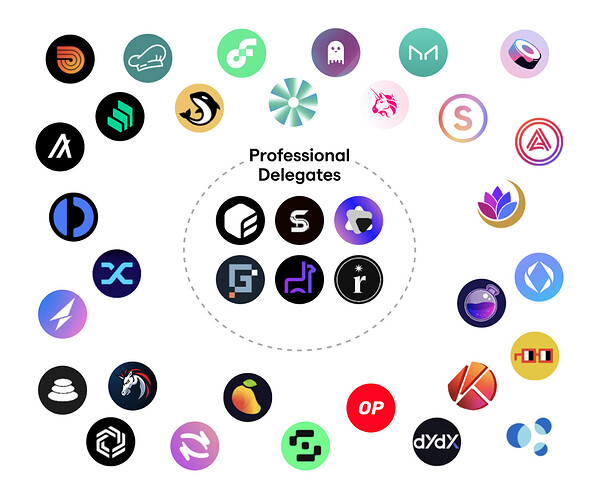 Landscape of Professional Delegates: Next wave of DAO Governance

Special thanks to Bobby, Deniz, Hasu, Fabian, Brian, Daniel, Federico, Shawn, Avi and Phil for review and feedback on earlier versions of…

Ok guys, this is the thing that affects me and I want to share.

I´m one of the genesis miners, and despite I´m not around here all the time, (I´m pretty involved in other projects and as you all know, being member of more than two DAOS is not very healthy) I always follow the project development.

I have commited all my GEAR to the Cider Launch, I have voted almost all of the proposals.
My GEAR is now into the GEAR/ETH LP from 0xcider. Hence I have lost half of my GEAR, and of course half of my voting power and I did because I consider that this is the way to get commited with the protocol long term. I haven´t speculate with GEAR that would have been an alternative move that I dont contemplate.

For example If I commited 100.000 GEAR to the GEAR/ETH LP on the Cider Launch I would have at least the voting power of 100.000 GEAR despite the changes that happenned on the LP.

Thanks for your time.

Maybe you need to specify a time frame (Forever?). And wouldn’t it complicate things with vote counts?

That could get messy with accounting especially as the price of GEAR/ETH changes and could create governance attack scenarios (if price of gear goes way up, ppl can LP with their gear to get way more votes than they would have normally), and technically while you are more exposed to GEAR than if you simply held 50/50, LPers get rewards.

You can always withdraw the LP starting tomorrow, fully in the GEAR position. Ultimately I think voting should just simply be how much GEAR you have to your name (at least in the current framework of DeFi governance)

Thanks guys for your inputs, is good to share this opinions as it make everything clearer for the members and users.

Thanks for sharing ideas! Discussion is always helpful to progress everyone’s knowledge