Feels like last step is just coordinating between the two proposals then. Will discuss with 0xbeckoning in the discord server. I don’t think the current strategic round proposal can go live in its current state, unless the plan is to update this proposal with the plan for those funds once they are secured.

Would you say it’s warranted to use 500K out of the Part 2 for the POL?

We could target it as a backup. The gnosis auction would be the only way to get in at a guaranteed price in a post-v2 world, so could see demand/attention there. But also the economy is still doing things I don’t pretend to understand so who knows. Best we can do is try to raise the liquidity we need thru gnosis auction, and if we come up a bit short, then I think we tap into the 500k.

Greetings! Recently, in one of the telegram chats (Cryptonarnia), Ivan and I discussed the topic of unlocking tokens. In general, we came to a common denominator, and decided that I would post my thoughts here for the opportunity to receive feedback from members of the DAO.

I will say in advance that everything written is my subjective opinion, which, of course, is a little biased. At the same time, I tried to reason calmly and without exaggeration.

So, on October 27th (7 days later, wow!) Gearbox Protocol V2 comes out. The significance of this event cannot be overestimated. The first days or weeks after launch should give the whole project momentum and significantly increase the interest of new users in the product. Hype, PR, girls, whiskey…

I think it’s time to discuss the unlock of the token. The opening message suggests the following timelines:

If we take the indicated as a basis, then we get the following picture of events:

I think that the time has come to unlock the tokens, and as a rationale, I will give the following thoughts:

1) Market. We have been in a bearish trend for many months now. None of us is a clairvoyant and cannot say for sure what will happen next. However, there are a number of reasons to believe that it will not get worse. October (uptober), US elections, accumulation of money and so on. This is a very debatable issue, however, most forecasts agree that it is unlikely that bitcoin will fluctuate more than 10-15 percent in the near future. Thus, we will continue to float in the price range of 18-22 thousand dollars for bitcoin. At the same time, the likelihood remains that the situation will change for the better rather than for the worse. However, these are already forecasts and assumptions. If everything is very generalized, in the next 3-6 months the situation will be the same as in the last 3 months. Thus, we can conclude that nothing will change significantly and will be in calm swimming without global jumps.

2) Big announcements. Optimism and Aptos were not afraid and entered the market. Yes, it is not entirely correct to compare Gearbox with these projects and draw direct parallels between them. However, these two projects have shown that it is possible to make a successful launch as soon as the market situation stabilizes and the fall stops. Just yesterday, another big project (NFT - Blur) also announced plans for a full-fledged launch and listing of tokens. We see an emerging trend of launching large projects from various cryptospheres and listing of tokens. And these launches are successful and make a lot of noise in the crypto community.

3) Competition. From the previous point, we can highlight a big plus - the release of the project on the market during this period of time will undoubtedly attract the attention of a much larger number of crypto users than at other times. Any more or less successful project gets a triple dose of hype and potential new users. And considering that Gearbox is a truly unique and innovative product, its entry into the bear market can be regarded as a kind of “rescue” and a chance to turn the game. Thus, unlocking tokens in a bear market can have its advantages. ironic?)

4) Competitors. No matter how unique, original and innovative the Gearbox Protocol project is, sooner or later strong competitors will appear. These will not necessarily be forks (although this may be, who knows). I’m sure there are several teams right now that are adopting the best ideas from Gearbox and want to get their project up and running as soon as possible. Yes, we should not be afraid of competition or similar projects. We are strong and confident. However, there is no benefit in postponing the launch and unlock of tokens in the context of increased competition in the crypto market. You can not be afraid of this, however, there are definitely no pluses in this, only a small minus.

5) Indefinite period. Expectation and irritation. Unlike previous token unlock delaying, the new potential delaying will take place under the wording “indefinitely” or “until better times.” At the same time, as it was written in the previous paragraphs, “better times” may not come in the next few years, that is, bitcoin will continue to float at about the same level. This will definitely entail irritation of both ordinary token holders and misunderstanding on the part of other crypto users. If you have a ready-made, innovative product - why don’t you launch your token, why are you once again delaying its unlock? This, of course, is solely my subjective feeling about a potential reaction.

6) Conclusions. I believe that there is no good reason to carry out another delay of unlock tokens for an indefinite period. I’m sure there are far more cons than pros. Other projects that were not afraid and entered the market received large dividends. I propose to take as a basis the proposal on the timing of the unlock of tokens indicated in the first message and focus on the unlock of tokens for November 24 - December 01, 2022.

Agree with this point of view, why should we be afraid of the market, just because the market is not good, will only let users know that the project is not innovative enough, consistent with other types, online means the end, please listen to the voice of the community

Agree, unlocking tokens is also a marketing event, will draw people’s attention to Gearbox. Is there any plan on how to bring Gearbox to CEXs?

I agree with the opinion, and also want to add the following. A strong project should not be afraid of a bear market. The constant delay in the release of the token only shows the weakness and fear that the platform is only needed by flippers who received an airdrop, although this is not the case! It is clear that there will be those who will pour out their bags, but in general the situation is such that the DAO was able to form an initial basis of strict holders and belivers who will definitely keep strong. Moreover, among token holders there are investors with experience and financial capabilities for market making. In addition, when the token is completely free, it will be possible to attract additional traders by offering a farming program (for example liquidity providers wlll farm GEAR locked for different time frames but not forever:)
.

Agree, Fully supported! Thanks for your job

Good and you have my support, although I don’t think it will change anything…

Support the proposal and hope it can proceed

Agree, this is a good start.I hope this proposal will be passed.

Yeah, I don’t think the encryption market could get much worse. It’s time to give gearbox a shout-out. Next up is V 2 with the hype

Excellent summary and reasoning. I agree with the timeline. 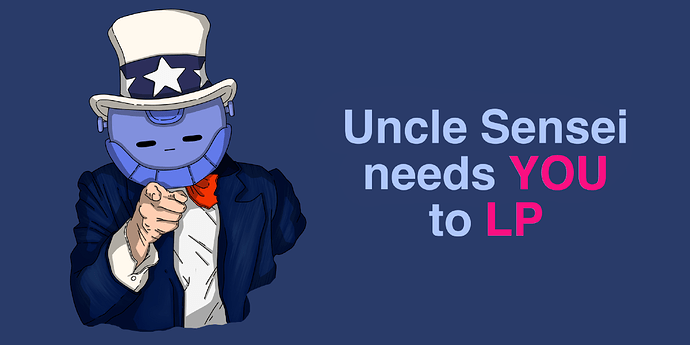 DAO has given a go-ahead to a Liquidity Mining Program which focuses on incentivizing passive LPs to earn GEAR, and also Leverage CA users.

Sooner the better. We are still in the bear market, so the earlier to unlock $Gear, the more liquidity we could gain from the market.

agree. this is a good idea.this will bring more attention to Gearbox and therefore becoming stronger and stronger.